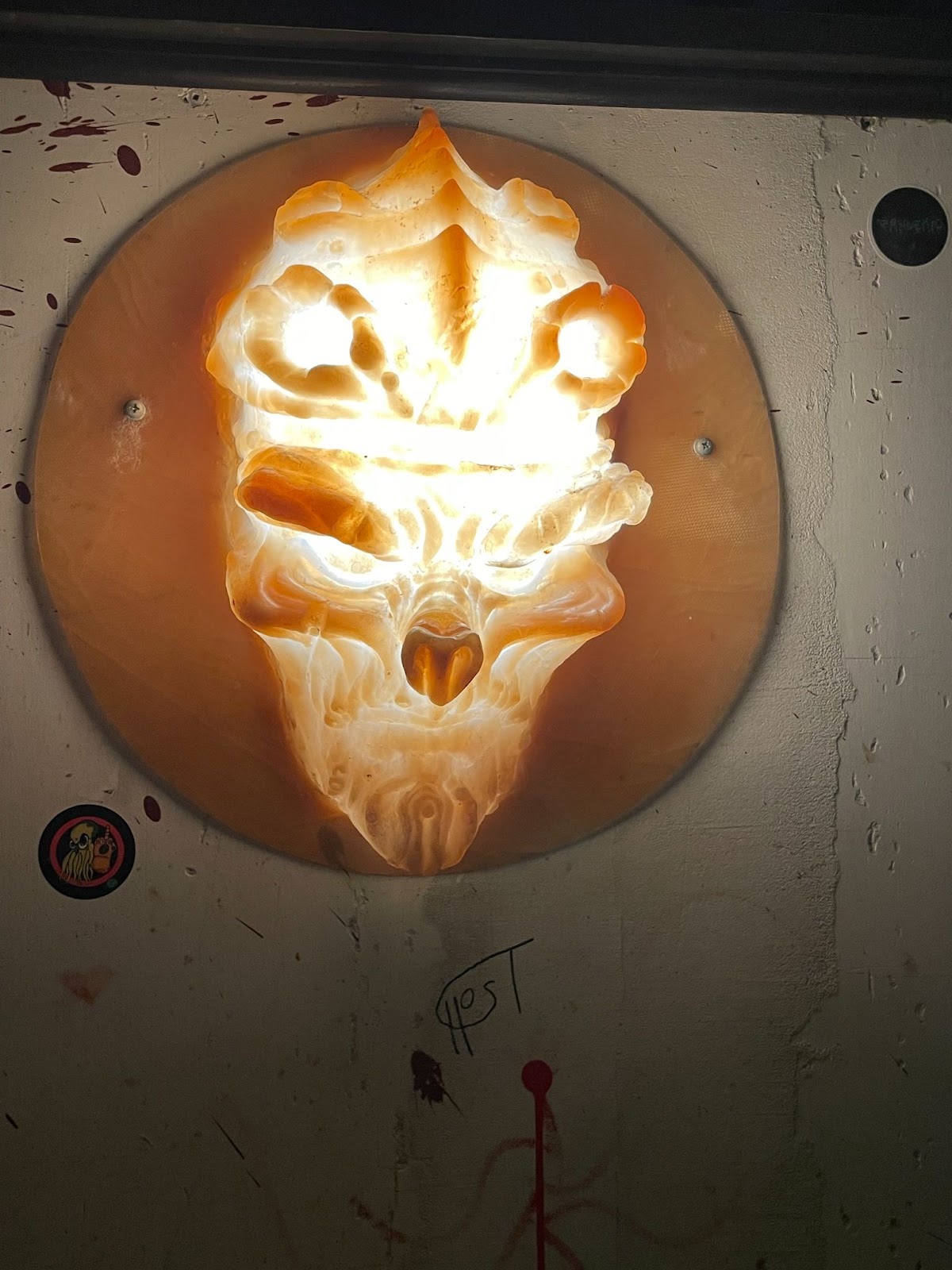 A little way into the documentary “This is Gwar” (2021), my wife turned to me. “Wait. Gwar has a bar called GwarBar? Don’t we have some leftover Airbnb credits from when we canceled our trip to Baltimore during the pandemic? Wanna go?”

Soon, we strapped our pug Phil Collins in the backseat of our Ford Fiesta and cruised down ‘95, listening to the state of Virginny’s own Statler Brothers as we pulled into Richmond.

For the uninitiated, the band Gwar crash landed on earth in 1984 after fleeing their home planet Scumdogia under dodgy pretenses. Appearances on The Joan Rivers Show and Beavis and Butthead  helped spread the news. Their mission? Exterminate humanity as loudly as possible.

Gwar lucked out. Kids line up around the block for Balsac the Jaws of Death, Blöthar the Berserker, and Flatus Maximus to throw them into chipper shredders or flush them down giant toilets. If you don’t stagger home from an evening with Gwar covered in fake blood, you didn’t do it right. These guys are the Gallager (RIP) of thrash metal, but with significantly more cuttlefish. (now available for purchase for the person/persons you love.

After dropping Phil off at the Airbnb, we made a pit stop at the Poe Museum to get in the mindset of Gwar, like doing stretches. Man, that fellah could not catch a break. Edgar Allen Poe didn’t become famous until after death, and worked a crappy desk job until his suspicious demise. Just to be a dick, his boss sawed off the back of his chair. Was he the guy Poe wanted to seal alive behind a wall in the Cask of Amontillado, brick by brick? I hope so.

Want to hear grisly tales of his childhood? How about his miserly uncle’s role in his death or the ghastly fate of his worst critic? Pay them a visit to find out.

After hitting up a bunch of cool thrift stores, we made it to GwarBar, a cross between Starbucks and the Hello Kitty store. Just kidding, the joint looked like a torture chamber from outer space pockmarked with disgusting Gwar memorabilia, but still clean and hygienic in all the right places. They had Naragausset on tap, a touchstone of class, and super obscure 80’s/90’s punk rock blasting off the dungeon themed walls. I don’t know much about ambiance, but I know it when I see it.

I ordered the Meat Sandwich, (pulled pork) and my better half had the We Don’t Kill Everything veggie sandwich. Both sandwiches were delectable and reasonably priced. Gwar doesn’t do price gouging, just regular gouging. Our meal lasted as long on our plates as a white blouse does at the Wing Bowl.

To burn off our carriage, we picked up Phil and went for a hike in Hollywood Cemetery. It’s not a Goth shop in the mall, but the name of a real cemetery containing the remains of former U.S. President James Monroe, former President John Tyler, and former Gwar frontman Oderus Urungus. (Or what’s left of him after his viking funeral.) I didn’t leave trinket’s on David Brockie’s grave but I didn’t steal any lighters either, so it was a lateral move.

We stopped at the Rest in Pieces oddity shop on the way out to make sure that Richmond really was the most Goth city south of Baltimore. If you are looking for skulls to put on your walls or scorpion wine stoppers, the store is one stop shopping.

Richmond is a cool, artsy city. Even if you aren’t into thrash metal, put in some earplugs and stop at Gwarbar for the Meat Sandwich.